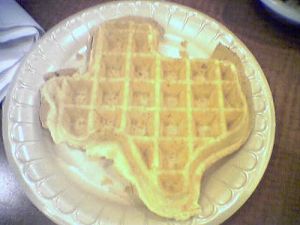 Winter has finally moved on and the winds of change are a-blowin’ here in the Empire State. As the weather heats up, I am in the process of selling off my New Yorkly belongings in preparation to spend some serious quality time in Texas this summer. There are less than two weeks left until I board a JetBlue flight to Houston, TX. Once I touch down in Texas, I’ll have less than 24 hours to say hello to my folks before I have to pack up my car and drive up to Austin, TX to start rehearsals for SYCORAX. The next couple of weeks are going to be very busy for me, but it’s all well worth it.

In other news, May 19th will make one year since I moved to New York City in 2009, and I have to say that it’s been a rich and dynamic year. I feel unbelievably grateful for my supportive family and friends. So many great things have happened in the past year. Here’s a small recap of my year in art, lest it be forgotten.

I started the summer off interning with Freedom Train Productions and writing educational workbooks in my subleased Harlem apartment. I made lots of awesome contacts and gained invaluable experience working for FTP. One of the definite highlights of the summer was my participation in FTP’s Open Workshop, a community playwriting workshop, in which I wrote my one act play CROOKED PARTS and formed some lasting artistic relationships with the other participants.  As the summer closed, I finished my internship with FTP and moved further uptown to Inwood, Manhattan. In October, after returning from Fire & Ink: Cotillion in Austin, TX, I started a new internship with Sundance Institute Theatre Program and saw the New York debut of CROOKED PARTS in FTP’s We Were All Artists Once.

In the new year things started to speed up. I applied and was admitted to graduate school in London. I became a resident playwright at Freedom Train Productions, and CROOKED PARTS was featured at Brooklyn Arts Exchange as part of Black and White: Performing the Personal/Political. 2010 promises to continue to be eventful as I make my way through the wide world of arts. Stay tuned for more information on how to buy tickets for SYCORAX, news on the debut of my newest work with Freedom Train Productions, and the skinny on CROOKED PARTS coming to Texas. I promise to let you know the very latest as it happens. Cheers!

From: Uncategorized
← London Bound
Fresh Fruit Playhouse →
No comments yet